Menu
Get a proposal

Hebei province: economic overview of this factory of China 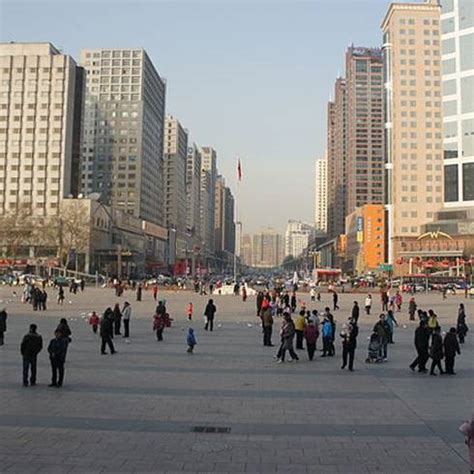 Economic overview of the Hebei province

The province of Hebei is located in northern China close to the nation’s capital, Beijing. It spans over 187,693 square kilometres surrounding the Tianjin and Beijing municipalities. This offers it a highly strategic location for its logistics, iron and steel fabrication, and heavy manufacturing industries.

The Hebei province is an integral part of the Jing-Jin-Ji (Beijing-Tianjin-Hebei) Economic Zone and the Bohai Bay Economic Region making it an active business centre. Its top cities include Baoding, Qinhuangdao, Tangshan, Handan, Shijiazhuang and Zhangjiakou.

Hebei’s high contribution towards China’s agricultural and dairy farming sectors makes it an important agricultural base. Hebei’s heavy industry however is its most productive sector experiencing a steady growth year upon year, and contributing now around 77% of the gross industrial output. Another rapidly growing genre is Hebei’s Metallurgy industry, which includes the smelting and pressing of ferrous metals.

As there is concern regarding the pollutant discharge from Hebei’s heavy industry, the government regularly takes an active role to cut the emission levels by introducing cleaner technologies to heavily polluting companies affecting Hebei and the surrounding areas.

Hebei is known for the Chengde Summer Resort, the Shanhaiguan Pass of the Great Wall, the Beidaihe Summer Resort, and the Eastern and Western Tombs of the Quin Dynasty making it a popular tourist destination. In 2014, Hebei received around 1.33 million overseas visitors, which is minimal compared to the 310 million Chinese visitors.

Hebei’s top export products include cotton, fabrics, iron and steel and electrical & mechanical products to US, Russia, Japan, South Korea and India. Raw material and other primary products are imported from Australia, Brazil, US, South Africa and Germany. In 2014, its exports was around USD 36 billion, the import was around USD 24 billion.

Countries investing in Hebei include the US, Singapore and Japan. Hong Kong however leads the pack in 2014 by investing 63.4% of the total of USD 6.38 billion on foreign investment that year, mainly in the manufacturing industry.

Apart from being a manufacturing hub, Hebei is the distribution centre for China’s Northern region. Numerous international supermarkets have set up branches in Hebie including Carrefour from France and Taiwan’s Trustmart. Prominent shopping destinations and centres in the province include Shijiazhuang Beiguo Commercial City, Tangshan Department Store and Shijiazhuang Dongfang City Plaza among others. This has boosted Hebei’s supermarket chain store development along with the associated logistics and services industry.

Sales from Hebei’s prime retail centres in Shijiazhuang, Tangshan, Baoding and Handan accounted for 63.6% of the province’s total in 2012.

To further promote industrial activity in the province, a collaborated effort between Hebei, Beijing and Tianjin, was initiated by China’s Ministry of Information and Industry and the local governments in 2015. These activities though centred around Shijiazhuang, Hebei are focused on increased industrial transfer between all the three cities for maximized output. In all, 51 key projects have been signed in this program and the total investment is more than Rmb 290 billion.

Some of the projects in the pipeline include:

Added to this, more than 80 existing industrial projects have been relocated from Beijing to Hebei. Investment in these projects exceed Rmb120 billion and the total production capacity amounts to Rmb250 billion. This relocation program will follow a centralised process or a dispersed one. Administrative and public services functions, industries or production processes with higher demand for cluster development will be relocated to Hebei in a centralised manner. Industries with a lesser need for cluster development and some other public services functions will be resettled in a dispersed manner.

Hence, the province of Hebei plays a significant role in China’s economic development and is a promising business location, especially for manufacturing and distribution. Now could be the best time to work with us as we do the initial market research and compose a long list of potential partners. Further than that, contact us for more info for we will assist you all along the way.

Your partner to
close deals abroad.