Menu
Get a proposal

Business Opportunities in Germany for Foreigners 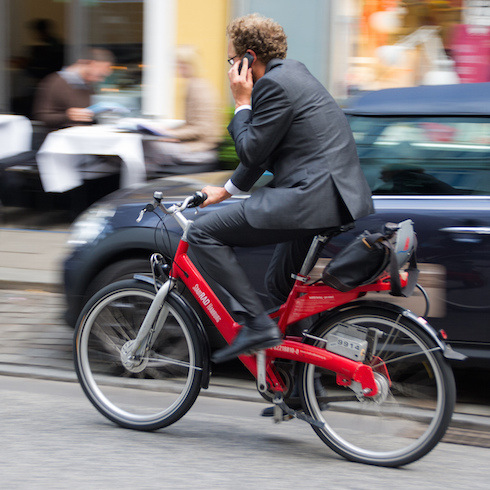 Germany is one of the leading European markets for cross-border trade, both for consumer products as for business-to-business products and services. It has many opportunities for both commodities as high-quality goods. But selling in Germany requires a specific approach which may be different from the rest of Europe.

Selling to consumers in Germany

In many respects, Germans can be considered the masters of planning. This is a culture that prizes forward thinking and knowing what they will be doing at a specific time on a specific day. The German thought process is extremely thorough, with each aspect of a project being examined in great detail. Careful planning, in one’s business and personal life, provides a sense of security.

The official language of Germany is German and the main religions followed are as follows: Protestant 34%, Roman Catholic 34%, Muslim 3.7%, Other 28.3%.

Up to the 20th century Germany consisted of various independent kingdoms, duchies and city states. As these were relatively small and heavily dependent on each other, this has created a culture in which modesty and the pursuit of agreement are important values. The protestant beliefs, mainly practised in the north, have only added to this.

Implications on the sales process

This means also that the sales process can be longer than normal, with more contact points, and personal sales is still valued very much. It also means that once they have chosen for a specific brand, Germans won’t switch so easily, although this will be less with the younger generations.

A website providing extensive information, a well trained call-center and a good guarantee policy is important. Also pay attention to online reviews and -if applicable in your sector- articles written by journalists about your products.

E-commerce in Germany: selling online to the Germans

Germany is also one of the leading European markets for e-commerce cross-border trade, and their already established delivery infrastructure is another huge benefit to retailers looking to reach the country’s 58 million online shoppers.

Many business opportunities in E-commerce

The fact that over 50% of these shoppers are already purchasing from international sites, again reiterates the opportunity Germany provides. Click and collect stations are becoming more popular due to customer service convenience but the click and collect concept is yet to be adopted by German shoppers.

As of 2014, twenty-eight  German companies have made it to the Top 100 European E-Commerce Companies. Zalando is one of the successful local brands, that launched a mobile first strategy in 2015 and has captured 15 international markets across the globe, owing to its prowess in the areas of Technology, Marketing, Fashion and Logistics.

Consumers are becoming increasingly demanding. They are exercising a stronger will in purchase decisions regarding purchase points, shopping behaviour and frequency. Thus, it is very important to combine different sales and marketing channels to be able to cater to a wider clientele. This variety is however lacking in the German market place.

“Click and Collect” combines offline and online shopping. This approach in shopping has entered the in home furnishing markets. Click and collect stations are becoming more popular due to customer service convenience but the click and collect concept is yet to be adopted by German shoppers.

The group that has the highest purchasing power in Germany is the 55 years and above category.  Though the younger generation always appears to be more online savvy, it is the older group that is is catching the eye of local retail players. Even the 65 plus age group is fast catching up to adopt online shopping habits in Germany. German consumers are using their mobile phones to compare prices even when shopping in a store.

Parcel service providers are now facing a challenge in order to meet the changing demands of the German consumer. Hence, they have begun offering free deliveries, same-day deliveries, pre-booked delivery time frames and eco-friendly delivery models. This industry presents business opportunities due to its competitiveness.

E-payment systems on the rise

The inclination to pay online is a growing one in Germany though they are traditionally known as being averse at taking risks. However, online payments for expensive commodities will only gain popularity once return and refund methods are introduced into the German market.

Germany is home to tens of thousands of businesses ranging from small sole proprietorships to large conglomerates. In fact, a large part of the reason for the prominence of Germany’s economy on the world stage can be linked to the small and medium sized businesses (SMEs) of the Mittelstand. So be prepared for smaller and mid-sized companies with a family member as the director and a long-term vision.

Most German companies empower a few senior managers. Larger companies (AG & GmbH) are governed by a Supervisory Board (Aufsichtsrat) which chooses the Management Board (Vorstand). The management board however is the final decision-maker on matters affecting day to day management.

Work and personal lives are rigidly divided, and Germans subscribe to the ideal that there is a proper time and place for every activity. Talking about personal subjects and politics should be avoided, and the focus should be on work-related things, even in the limited small-talk.

Business etiquette and protocol in Germany

How to have successful business meetings in Germany?

As Germans are very focused on efficiency, meetings may only be scheduled for half an hour and only then if it is clear what the purpose of the meeting will be. This requires a very clear and focused approach, in which you show that you have found out already something about the company and its challenges. Slogans are disregarded, proof is important.

On the whole though, Germans could be described as ‘pre-planners’ who like to attend meetings having done a considerable amount of preparation in order to help them debate their point of view with conviction. Some people charge that German’s have always made up their minds on an issue before arriving at a meeting but this is not necessarily the case. They just want to argue their view point thoroughly and support it with well-researched data.

Germans place a high priority on academic and technical education and business houses value the same. Mostly, companies are run by technocrats rather than lawyers and accountants. Meetings are often large with a designated specialist from each area involved in the matter under discussion. People are expected to contribute to the debate when discussions touch their area of expertise but are not necessarily expected to have an opinion on everything.

What are negotiation tactics in Germany?

Being the seventh largest country in Europe, Germany the most populous among European Union countries. It is also known as Land of Ideas and has a reasonable cost of living. No wonder it is a preferred immigration destination after the United States.

Germany has built the fifth largest economy in the world in PPP terms and Europe’s largest. It is the world’s leading exporter of machinery, vehicles, chemicals, and household equipment.

Germany is a Federal republic that follows the civil law system. The state of Germany accepts compulsory ICJ jurisdiction with reservations and the ICCt jurisdiction. The Chancellor of Germany is the Head of the government, while the President is the Chief of state.

The German Cabinet or Bundesminister is recommended by the chancellor while it is appointed by the President.

Despite high labour and social costs and the cost of the post ‘cold-war’ integration of the former East Germany, the German economy is in robust health. It has overcome growing competitive challenges from low-wage economies such as China and India.

What are Germany’s important events?

CeBIT is perhaps the most important event with a business impact. It is a computer expo that as the distinction of being the the largest and most represented international business trade fair which is held each year on Hanover fairground. Industry experts think of CeBIT as the barometer technology trends. Deutsche Messe AG organises this grand show.

Oktoberfest is the world’s largest beer festival. It is organised annually in Munich, Bavaria, Germany. This 16-day long folk affair takes place from mid or late September until the first weekend of October. ALmost 6 million people from all over the world are estimated to attend this event which has a huge business impact.

Except for the national holiday (German Unity Day), public holidays in Germany (gesetzliche Feiertage) are determined by the federal states.

Conclusion: many business opportunities, but you must prepare!

If you are eager to expand your international business, then Germany is a pretty good destination for you. With a favorable business environment, you might find yourself at home. A good market entry strategy will help you understand the country and formulate your international expansion strategy.

Your partner to
close deals abroad.